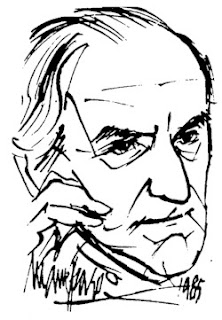 A group of highly trained Salvadoran soldiers entered the campus of the University of Central America in San Salvador shortly past midnight on Nov. 16, 1989. While their primary target was the president of the university, Ignacio Ellacuría, S.J., they murdered and mutilated nearly the entire Jesuit community—Ignacio and five others. A seventh member of the community, Jon Sobrino, S.J., was in Thailand teaching a course on Christology. The soldiers also murdered Elba and Celina Ramos, the Jesuits’ housekeeper and her daughter, who slept on campus that night to escape the anxiety caused by the bullets and artillery around the neighborhood where they lived.


What happened that night brought home grimly yet powerfully the prophetic dimension of teaching and research, when these activities are informed by an option for the poor. The 32nd General Congregation of the Society of Jesus, which met in 1974-75, put the entire order on record: “The mission of the Society of Jesus today is the service of faith, of which the promotion of justice is an absolute requirement.” The 33rd General Congregation (1983) reaffirmed that direction and insisted that “we wish to make our own the church’s preferential option for the poor.”

The civil war in El Salvador lasted 12 years, from 1980 to 1992, and claimed 75,000 lives. The incompetence of American foreign policy with respect to the conditions that led to the conflict and in understanding who benefitted from the U.S. support of the Salvadoran military was appalling. As a result of the assassinations at the university, a weak-willed U.S. Congress finally began to face the problem of U.S. complicity in the Salvadoran situation. Representative Joe Moakley, Democrat of Massachusetts, was appointed to lead an investigation that turned out to be as courageous as it was eye-opening. El Salvador was not the only place in Latin America where the poor were being abased. Nine years earlier, four North American women who were returning to El Salvador—two Maryknoll sisters, an Ursuline nun and a co-worker—were raped and murdered on their way from the airport. And two days before Archbishop Oscar Romero was gunned down at the altar on March 24, 1980, another Jesuit, Luis Espinal, was ambushed in La Paz, Bolivia, and silenced for his defense of the rights and dignity of the poor.

The stories of such “martyrs for justice,” as Father Jon Sobrino calls the slain Jesuits and many others, do not begin with the martyrs themselves but with the people on the bottom—the victims of poverty, miscarriages of justice and class prejudice; the throwaways and the “disappeared.” The story of the Salvadoran Jesuits, for example, takes us to the political, social and economic oppression endured by peasants so poor that they needed to be catechized before they could imagine that the world could be different. What would El Salvador look like if God’s will were done on earth, just as it is in heaven?

Father Ellacuría and his companions understood that the mission of a Christian university as an apostolic instrument is not disconnected from the economic and political conditions of the society in which it is located. On the contrary, the university’s mission derives directly from its awareness of the everyday reality that poor people endure. But as Father Sobrino explains in his essay “The University’s Christian Inspiration,” because a university needs resources it is almost by necessity implicated in a world of economic and political power, and “this incarnation amid power tends to distance the university from social reality as lived by the poorest and most marginalized.” Indeed, even the church has to be careful never to lose sight of the world of the poor, and contact with it. Preachers and teachers whose hearts and intelligence are immersed in that world are more attuned to the deeper rhythms of Scripture. Distance from the poor leads to distance from God.

Aguilares was the village where Rutilio Grande, S.J., had been working and the place to which his close friend, Oscar Romero, rushed when he heard the news of Grande’s assassination on March 12, 1977. It was also where Romero later, as archbishop, experienced a profound spiritual awakening. The bishop’s “place,” he came to understand, is with his people; he is never more bishop than when walking alongside the poorest and most vulnerable of his diocese. Aguilares was also where the Jesuits, so suspect in the eyes of El Salvador’s elite and of Archbishop Romero himself earlier, came to be of one heart and mind. The poor were powerless. Christ became poor, which means that he also became powerless. And the reason for the impoverishment both of Jesus and the people? Because, in El Salvador, others had become rich and privileged at their expense. Poverty is visible, but the oppressive forces that create structural violence are usually hidden. One needs the lens of solidarity to perceive those forces, and Aguilares gave the archbishop the lens that enabled him to identify what he saw as crucifixion.

Father Ellacuría and the other Jesuits in his community had already undergone their “Aguilares moment,” the flash that shatters the familiarity hiding the underside of everyday life. What immediately grabs attention is that they were murdered, not the conversion process that led to the radicalization of their vision. In the case of the archbishop, however, it is less his murder that fascinates us than the story of how a conservative churchman became prophetic.

By contrast, Ignacio Ellacuría’s conversion, his embrace of the central categories that came to be associated with the theology of liberation, unfolded gradually, largely through reading, study and discussion. His theological orientation was rooted in the Second Vatican Council. He had fully digested Paul VI’s encyclical Populorum Progressio (1967) and the documents from the Second Conference of the Latin American bishops in Medellín, Colombia, in 1968. His doctoral work in philosophy sharpened his ability to decipher the historical reality that was El Salvador. Apostolic activity without a vision of the kingdom of God tends to validate itself in terms of helping people into the next life but at the risk of meekly acquiescing to the way things are now. Apostolic activity with a vision of the horizon wants to transform the world. It is a faith that does justice, which means that the church—especially its pastors and teachers—tries to make its voice heard in the political arena. As a result, Romero encountered severe opposition among the Salvadoran elites and their military, and in some corridors of the Vatican.

Because the demands of social justice often require stepping into a country’s political life, Father Ellacuría found himself immersed in negotiations between the government and the revolutionary resistance during the course of the country’s civil war. What is intriguing is how he came to his view of justice and liberation by reading and studying and through the clarification of thought and expression that results from conversation and argument. As they fulfill their mission, Christian universities facilitate such a shift in perspective. Some people actually do read their way into conversion. St. Ignatius did so while recuperating after the battle in Pamplona, although even in his case some spiritual lessons were learned only from experience and not from books.

I suspect, then, that Ellacuría’s Aguilares moment was in fact extended over some time. While he read, studied and talked, the world in front of him never lost its political and social immediacy. His ability to imagine was not insensitive to “the joys and the hopes, the griefs and the anxieties of the people of this age, especially those who are poor or in any way afflicted,” as the opening line of Gaudium et Spes put it, by class loyalties or ecclesiastical privilege or doctrinal mindset. Since fear keeps truth at bay, it closes our eyes to hard realities we need to face. The Jesuits’ Central American Province newsletter noted: “When people would ask Ellacu if he were not afraid he would say no, but, he added, he no more took credit for that than for lacking a sense of smell. He just didn’t have one.” The world of the poor and of victims was not outside, awaiting full access to his mind and heart. It was already within him.

Jesuit colleges and universities become effective instruments insofar as they have a critical mass of faculty members and staff who share the same Christian inspiration that Ellacuría and his companions brought to the Catholic university in San Salvador and by which they transformed it. The hard part is not assembling the critical mass, however; it is discovering that inspiration and keeping it alive. Here I draw on personal experience. By 1988 I had been teaching theology for 10 years. The theology was in line with Vatican II. I drew widely and appreciatively on liberation theology and Catholic social teaching; the forceful words of the Society’s 32nd General Congregation about justice and faith struck a deep chord. To this point, I could follow Ellacuría. But then, over the course of a weekend, I came face to face with poverty among families no more than a mile from the campus in Massachusetts where I was living and working.

Within weeks I was looking at the underside of life in rundown apartments, where shadows and shouts awakened long-buried fears about violence, about different lifestyles, about brokenness and isolation. The memory of Romero—not his martyrdom but his enlightenment—enabled me to make sense of what was happening. I myself was passing through an Aguilares moment, and the people I met were Latino. It was a moment of feeling terribly disoriented and unmoored, yet at the same time untied and excited. Even now, more than 20 years later, I cannot figure out why the discovery took so long in coming. Its delay was not for lack of better training or critical reflection, nor was it for want of forceful church documents and living models. More likely it had to do with fear and insecurity: not a fear of death so much as a fear of hostility, violence and failure, of not knowing how to respond to circumstances and backgrounds so different from my own and so greatly beyond my control.

The next step is obvious. We develop friendships with the very ones who have made us unsettled and afraid. While we might not be as free as Jesus when it comes to seeking the company of those at the margins, at least as a start these friendships enable us to move beyond fear and insecurity, defensiveness and hostility. These relationships reshape how we observe, interpret and respond to the world. The lesson of the martyrs is that whether we think of the world in local or global terms, there is no way to escape the route toward the mortal conflict that tears society in two, except by what Paul called “this ministry of reconciliation.” Working for justice is absolutely essential. But if suspicion and estrangement are not overcome, the kingdom of God remains only partially realized. We may be able to read ourselves into the horizon of justice, but we cannot read ourselves into freedom from fear. The way to that liberation passes through the villages and homes of the poor—the road that leads from Aguilares.

William Reiser, S.J., is a professor of religious studies at the College of the Holy Cross in Worcester, Mass.
Posted by mcswa1@gmail.com at 8:44 PM