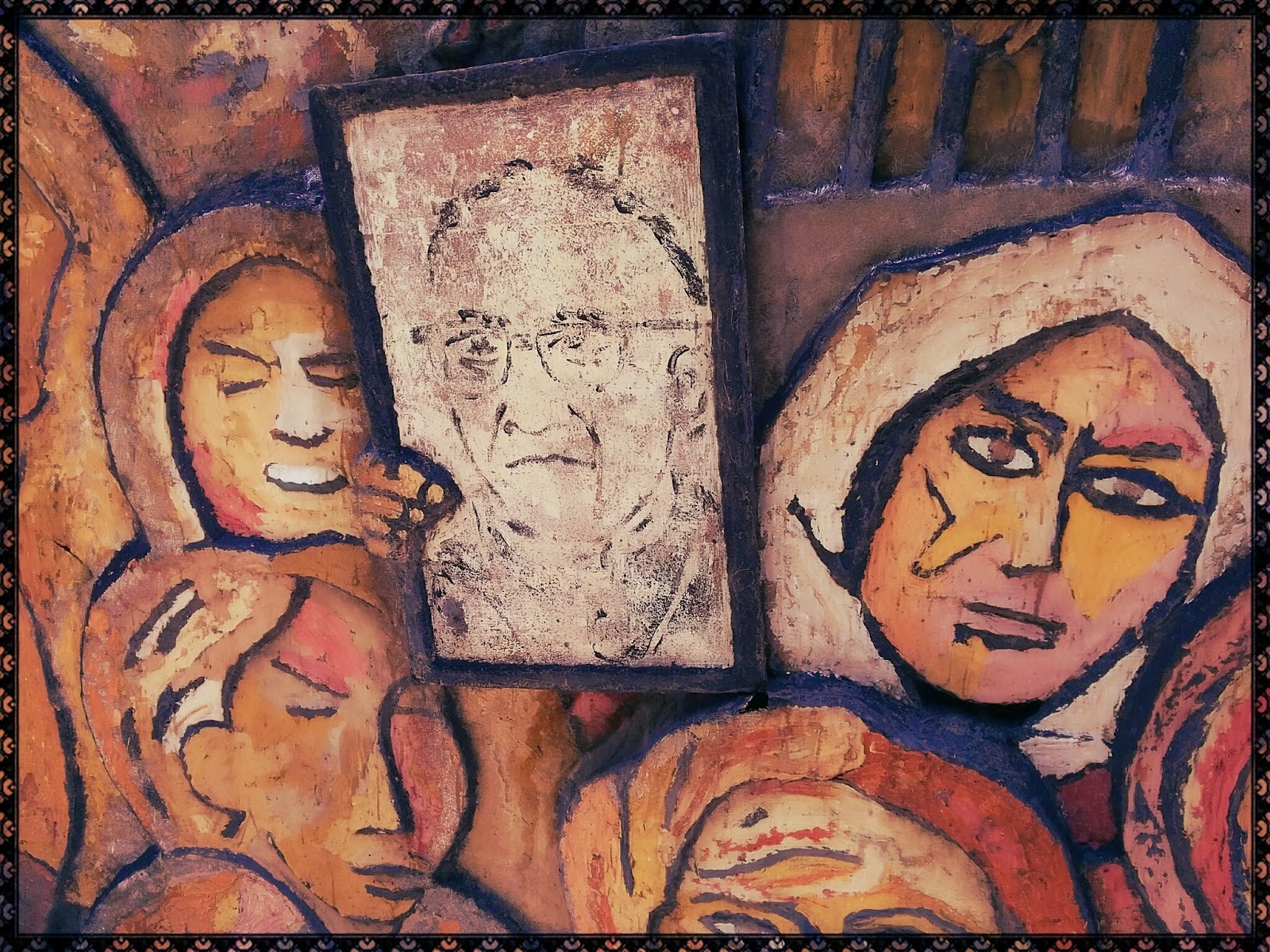 This day of the tour always sets the stage for the remainder of the tour.  Today we spent the morning learning the history of El Salvador with Equipo Maiz, an amazing session that answered some questions but left us with many more.  Our presenter was Carlos, and we were very fortunate to have him with us.

He started with the earliest history of the Pipils  and moved on to the revolt of 1932.  Such an incredible story.  He referenced Eduardo Galeano's Open Veins of Latin America during his talk and it was easy to imagine Galeano right there presenting with him.  This is a book that I recommend you read if you want to understand the Latin American condition.

My background is history and I don't believe you can really understand a country unless you understand the story of its people.  We now have some of the background that we will need for the remainder of our journey.
His presentation was terrific.  We then spent the rest of the day visiting some of the key sites from the war.  We started with the tomb of Oscar Romero then visited the memorial to civilian war dead in Cuscatlan Park. 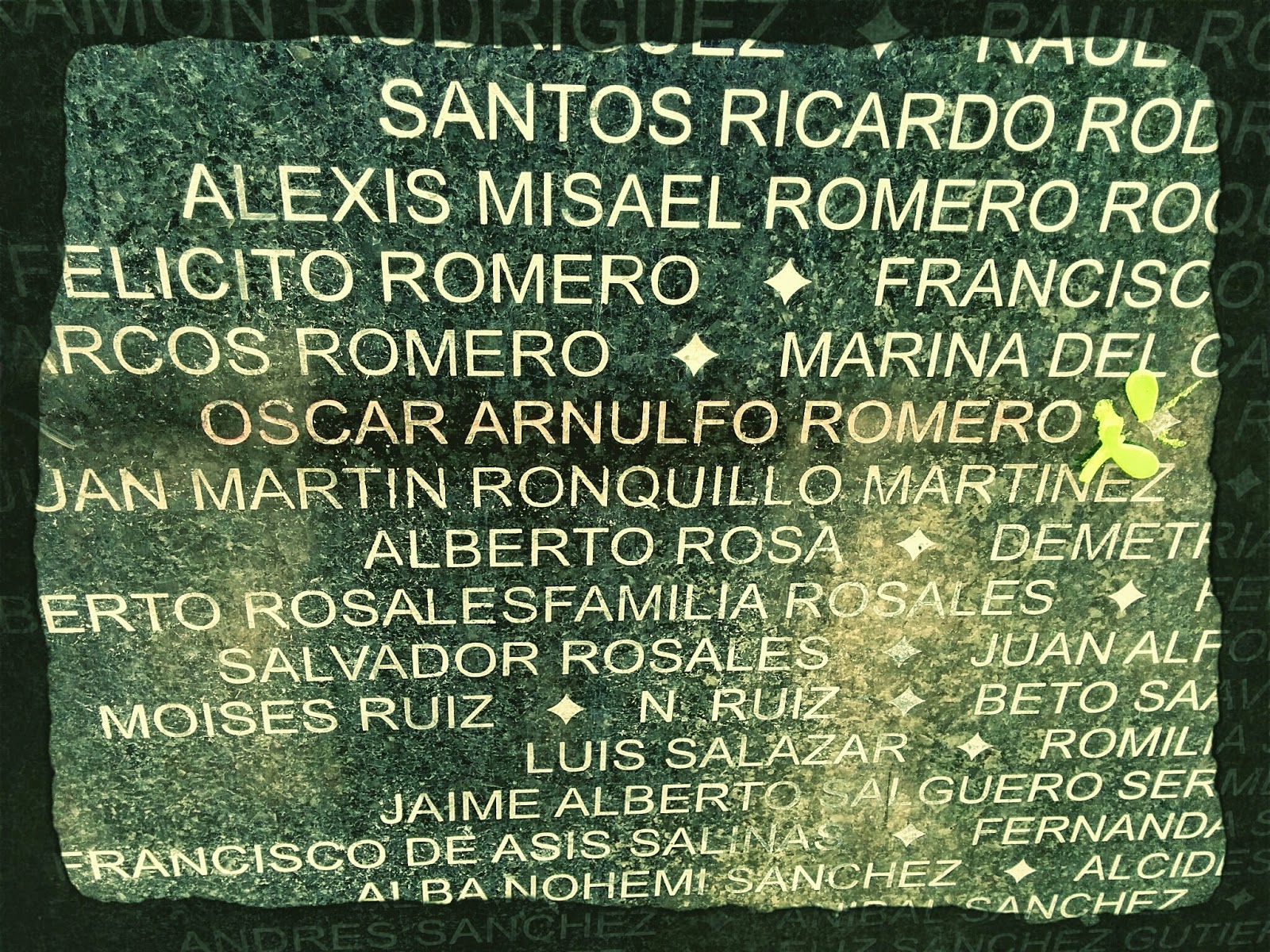 Here you see history.  A tragic history.  Here are recorded the names of all civilians who were killed or disappeared during the war.  I photographed the etched names of Oscar Romero, Rutillio Grande, Ita Ford and Jean Donovan - two of the American nuns murdered in 1980.  I saw the records of massacres in Mozote, the Sumpul River and the Cathedral of San Salvador.

It really is a tragic history.

We finished off with a tour of the Jesuit University - UCA.  Here, in 1989 six Jesuits, including the president of the university along with their housekeeper and her daughter were murdered by government soldiers. Another terrible, horrible tragedy in a war that never should have happened.

This time I focussed on the drawings of torture victims from the war.  They sketches are truly horrible, but they are accurate drawings of what was done to civilians during the war.  I think it is important to reflect on these drawings so one can see something of the horror of what was done to these people.  I hope you take a look at these last two photos.  This is what happens in countries like El Salvador.  We can only stop these tragedies if we educate ourselves about the extreme injustice that exists in the world. This is why we are here - to learn and never forget. 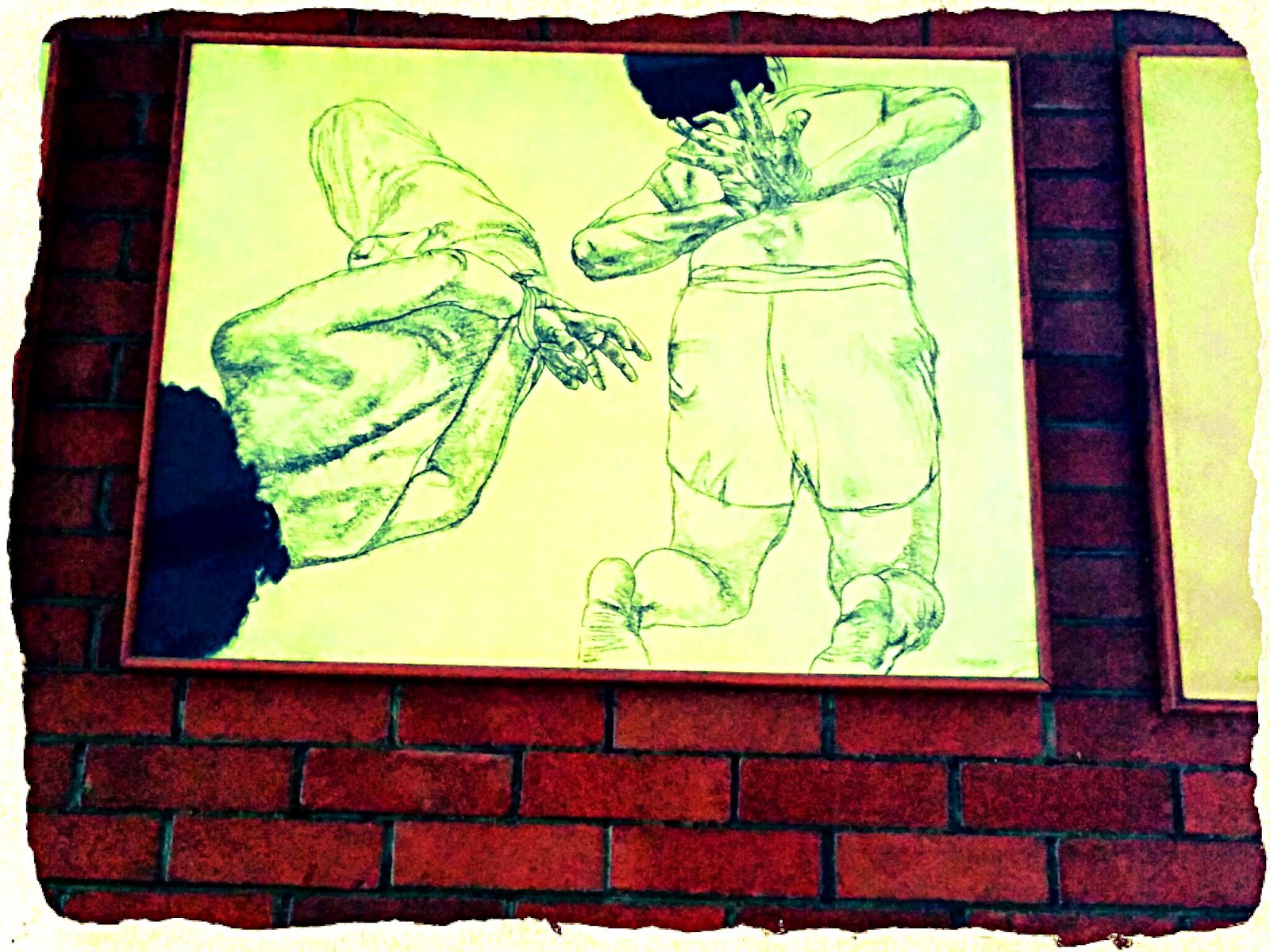