Today we met a representative of the Mesa National Frente a la Mineria Metalica. Discussions on mining will become a theme throughout this trip. El Salvador is the smallest, most densely populated country in Central America. However there are currently 29 exploration mining projects on hold throughout the country. Mining companies are not allowed to complete their current projects because the Government and the majority of Salvadorans do not think the country can sustain the environmental damage that would result from the exploitation of mineral resources.
El Salvador's clean water resources are scarce. It is heavily deforested. It cannot afford the loss of agricultural land that would result from mining.
As a result of the Government's refusal to allow mining to go ahead, Pacific Rim, a Canadian mining company and the Commerce Group (US) are suing El Salvador for millions of dollars in lost potential profit.
In Cabanas, four environmental activists have been killed. The most recent killing took place only three weeks ago.
You have to ask, if the people and their government don't want mining on their land why is there an issue here? The people of El Salvador have the right to determine their own future. Pacific Rim should accept this and leave. 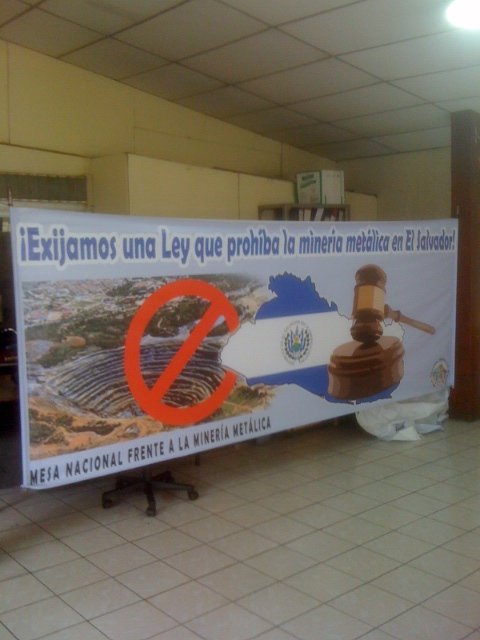 Sent from my iPhone
Posted by mcswa1@gmail.com at 11:10 PM